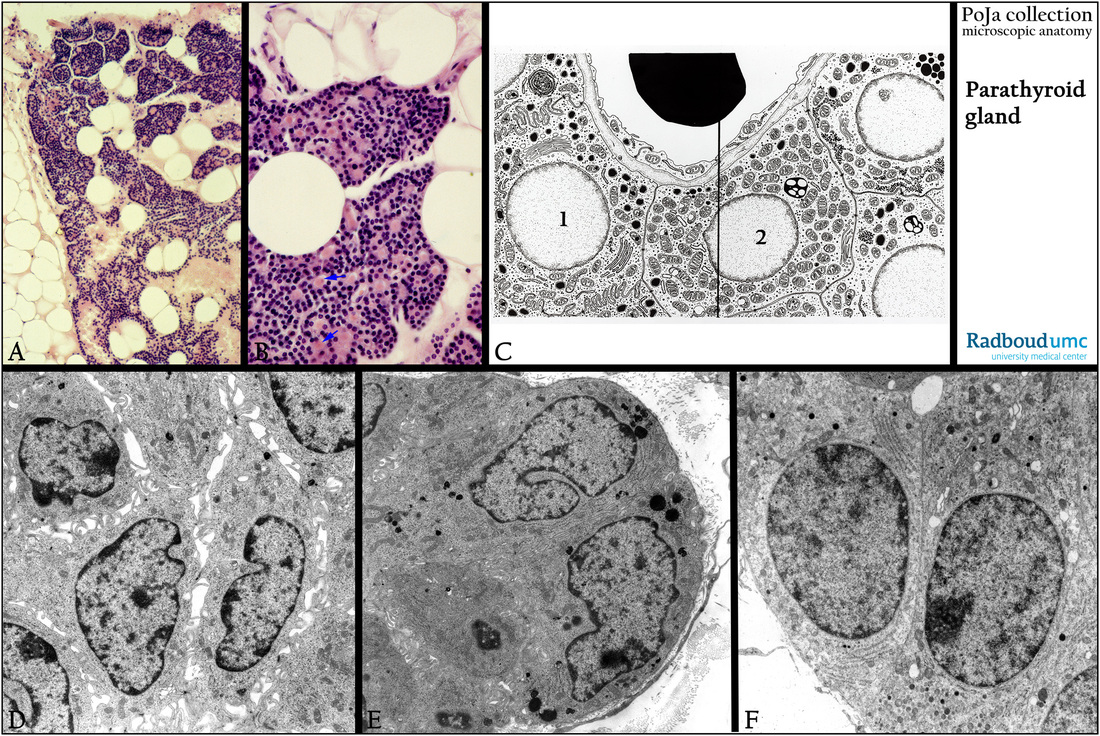 Description:
(A, B): Stain hematoxylin-eosin, human. The parathyroid gland contains clusters of cells as well as white fat cells. They even form small follicles. Some follicles contain colloid as well (arrows in B). The parathyroid gland, i.e. its chief cells, secrets parathormone, which is involved in calcium homeostasis. Their appearance depends on their state of activity.
The second cell type, oxyphil cell, is larger than chief cells, more eosinophilic due to their high mitochondria content. (Not shown in electron micrograph). They are not involved in hormone production.

(C): Electron microscopy scheme of a chief cell (1) and an oxyphil cell (2) with many mitochondria, human.
Left an active chief cell with many secretory granules; right less active one with glycogen areas.