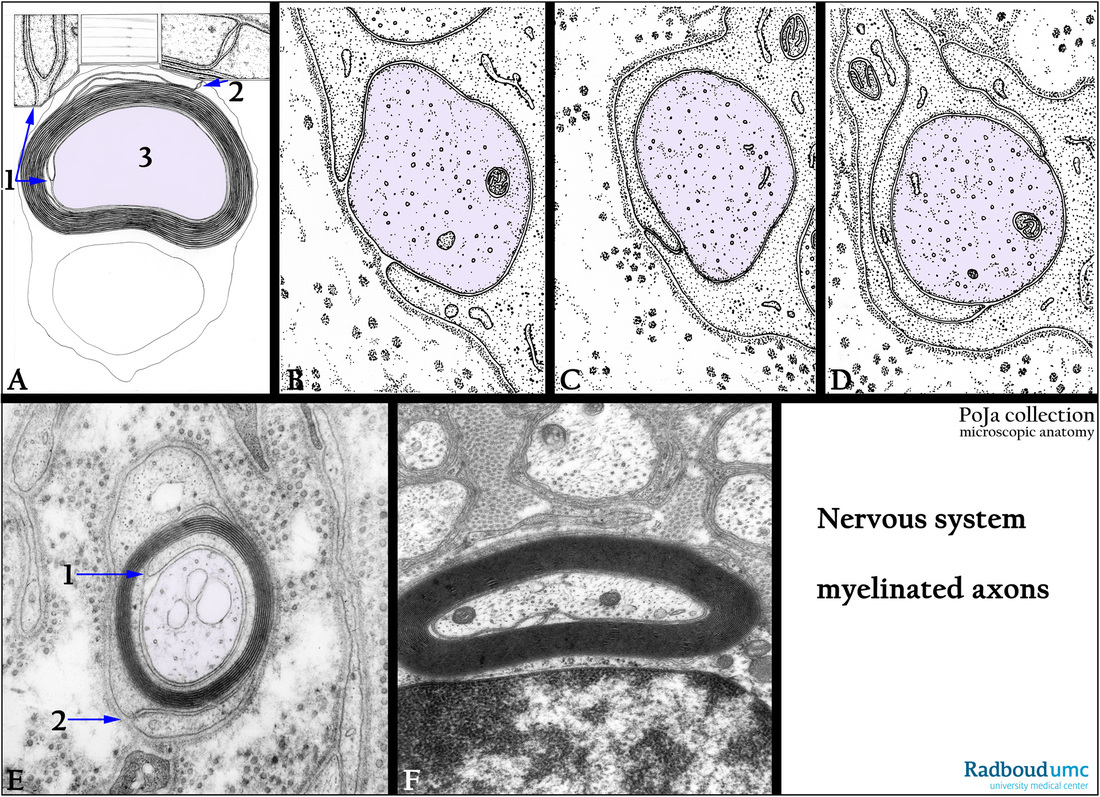 (E): Electron micrograph peripheral nerve, rat. Shows the earlier process of wrapping and the first layered myelin lamellae with a distinct inner and outer mesaxon versus the advanced stage of myelination in (F). Note the basal lamina (or external lamina) as well as cross-sectioned collagen fibrils of the endoneurium in (E).

(F): Electron micrograph myelinated nerve near a principal bronchus, golden hamster.
The myelin sheath is formed from Schwann cell processes. The nerve fiber is encircled or wrapped in by the plasmalemma of the Schwann cell. Thus the folded membranes (containing lipoproteins) create lamellae concentrically around the axon. Note also the neurotubuli and the neurofilaments within the axons.