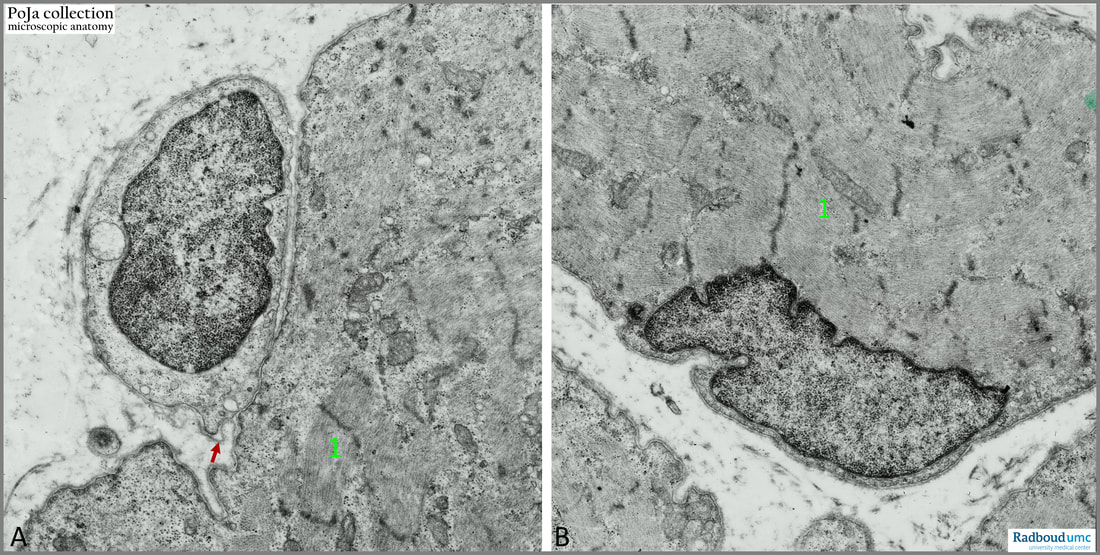 Description:
(A): Satellite cell with nucleus located within the basal lamina of the striated muscle cell. Note the well-developed basal lamina (arrow).
(B): Striated muscle cell with the nucleus located at the periphery of the muscle fibre. These peripheral nuclei are easily misinterpreted as those of satellite cells.
(1): Sarcomere structure of the muscle fibre with A-, I-bands and Z-lines

Background: The cytoplasm of satellite cell lacks myofilaments; however, it is intensively involved in vesicle transport. Satellite cells are normally quiescent precursor cells and express Pax7 transcription factor, but damage activates and stimulates them to proliferate and differentiate. When they are activated, they become myoblasts. As long as the external basal lamina is intact the myoblast fuse within this basal lamina to form myotubes which then mature into a new myofibre.