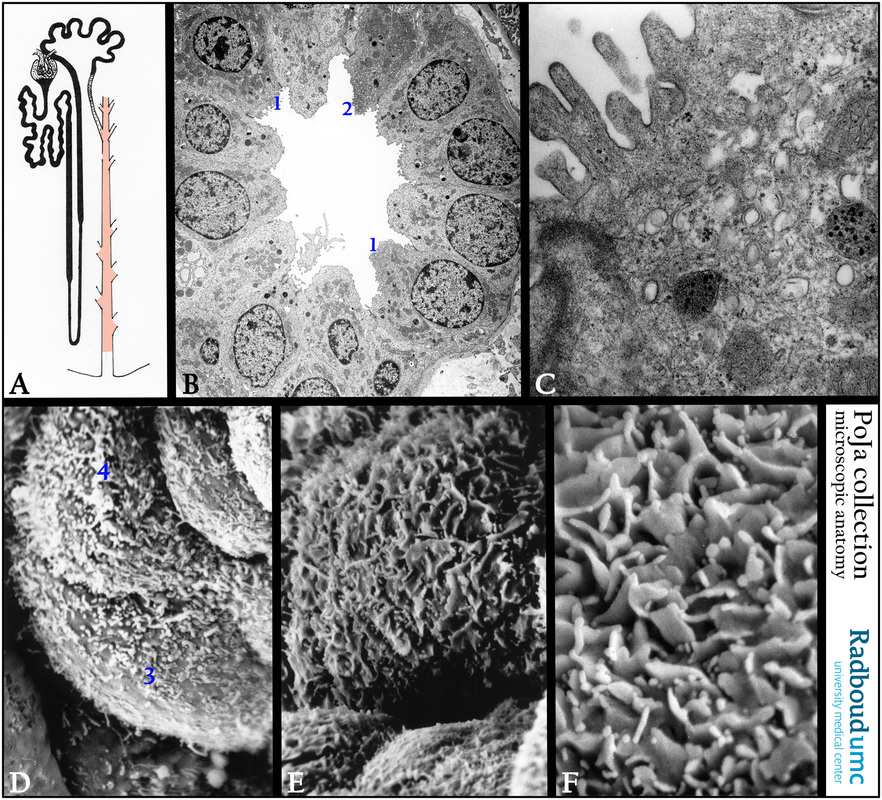 (B): Electron micrograph of a cross-section of a collecting duct in the cortex (CCD), with two light ICs (intercalated cells, 1)
and one dark IC (2).

(E, detailed in F): Scanning electron micrograph of IMCD with the apex of an IC type cell with microplicae.

Background: The principal cell type is involved in the Na/K balance regulated via Na-channels and K-channels, under influence
of aldosterone. Vasopressin affects the aquaporin channels. The intercalated cells (α- and β-variants) are involved in H+/K+ exchange
and Cl-/HCO3- respectively and thus contribute to the acid-base balance (acidosis and alkalosis).