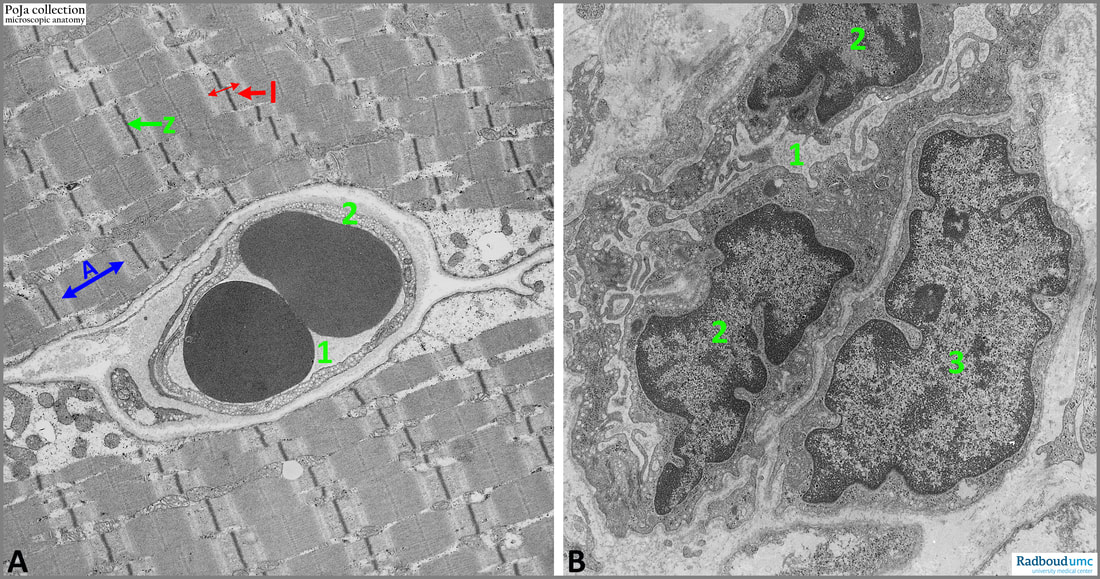 Description:
(A): Survey of a capillary between the striated muscle fibres. (1): Lumen of a capillary with two erythrocytes. The capillary is lined internally with the extension of an endothelial cell (2), with numerous pinocytotic vesicles. Generally, capillaries are found in close association with the peripheral bulged parts of myofibres. In this area mostly mitochondria accumulate indicating the involvement of oxidative metabolism in relation to oxygen diffusion.
Note the depiction of the A-band, I-band and Z-lines.