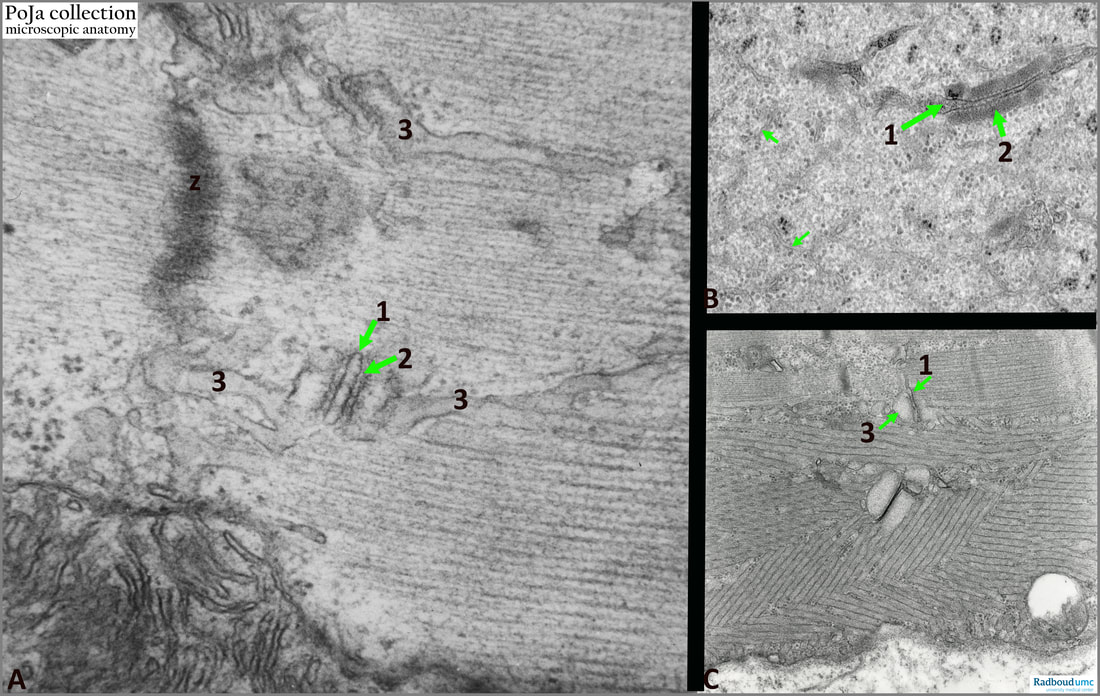 Description:
(A): Normal mouse triad with (1) T-tubule and on both sites the terminal cisternae of the sarcoplasmic reticulum (3). (2): points to the spikes or “feet” (complex of ryanodine receptors (RyR1) being the ‘connection’ between two terminal cisterns and the T-tubule. Note the dense Z-line or Z- disc.

(B): The two terminal cisterns are stained densely (2) and associate with the T-tubule (1). “Feet” are well visible. The image shows a network of thin sarcoplasmic reticulum cisternae (small arrows) and dispersed glycogen granules. Here a disturbance of the contractile apparatus resulted in a lack of myofilaments (human).