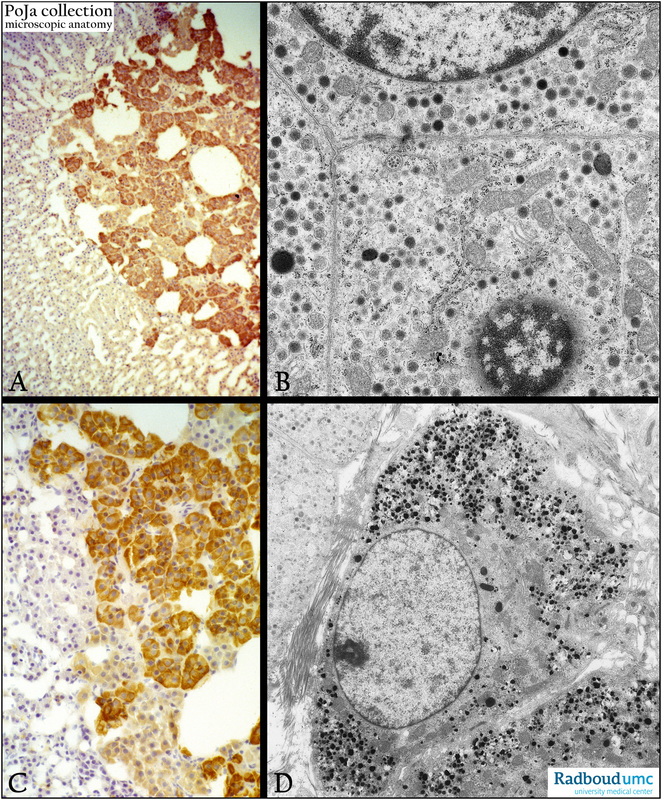 Title: Adrenalin and noradrenalin cells (I) in the medulla of the rat adrenal gland

Background: The amino acid tyrosine is taken up in the cell and processed into dopamine in the cytoplasm of the cell.
The content of the granules largely comprise a matrix including the proteins chromogranin and encephalin, plus ATP and the enzyme dopamine β-hydroxylase for the conversion of dopamine into noradrenalin.
The conversion of noradrenalin into adrenalin can occur upon leaving the granule for being methylated in the cytoplasm by the enzyme phenylethanolamin-N-methyltransferase. I
n humans 80% of these cells are involved in adrenalin production.