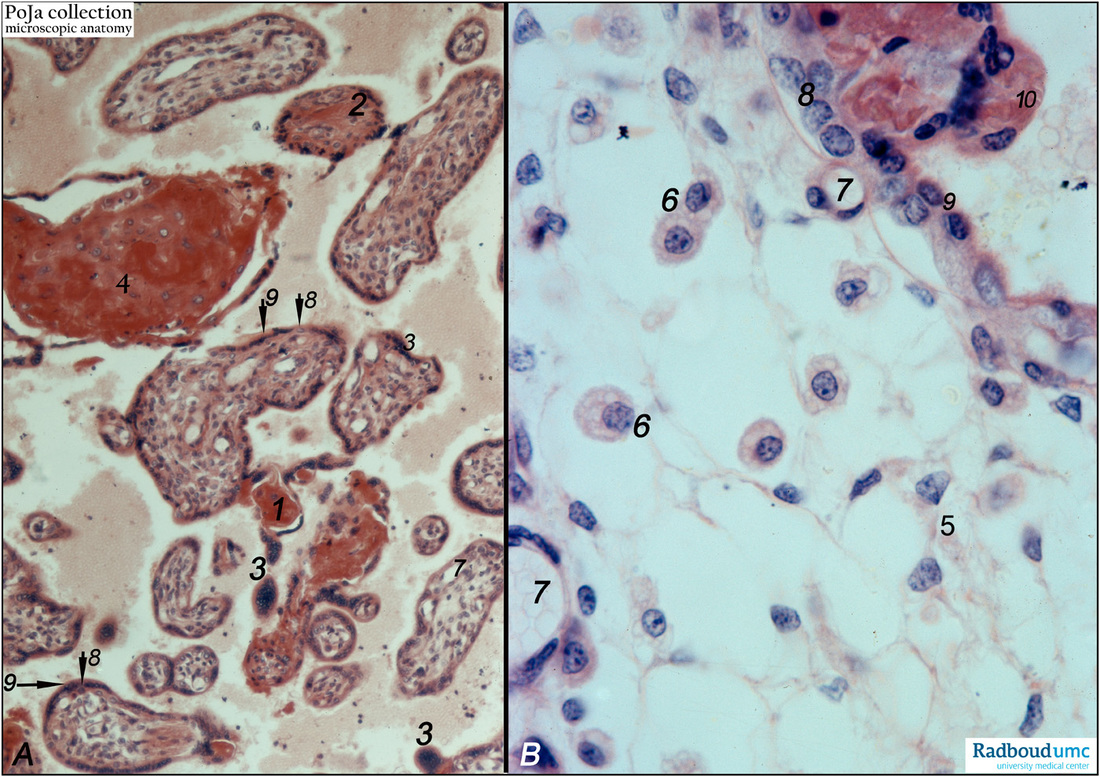 (A):  Left a variety of tertiary villi and reddish-stained fibrinoid depositions (1).  At (2): the embryonic connective tissue starts to fibrinize. Note syncytiotrophoblast knots (3) or sprouts of several villi .These knots might represent aggregations of degenerative nuclei, they probably point to a sequestration phenomenon that is involved in the removal of senescent nuclear material of the syncytial covering.
At (4) a whole fibrinoid villus with entrapped nuclei of cytotrophoblast cells (CTCs) and Hofbauer cells is enclosed by a discontinuous syncytiotrophoblast lining. It is assumed that fibrinoid deposits (and the presence of the extracellular matrix glycoprotein tenascine in the villous stroma) are associated with a repair mechanism in which the deposit forms a kind of wound surface and subsequently re-epithelialized by trophoblast cells.

(B): Tertiary villus (B, right side, higher magnication) within the intervillous space show embryonic connective tissue (5). Numerous phagocytic Hofbauer cells are observed at (B, 6), as well as capillaries (7) while the CTCs, (Langhans) lining (8) remains covered by the multinucleated syncytiotrophoblast cell (STC, 9) with exception of the area with reddish-stained fibrinoid deposition (10). The STC lining lacks and remnants of STC nuclei are entangled within the deposition preceding re-epithelialization of the villus.