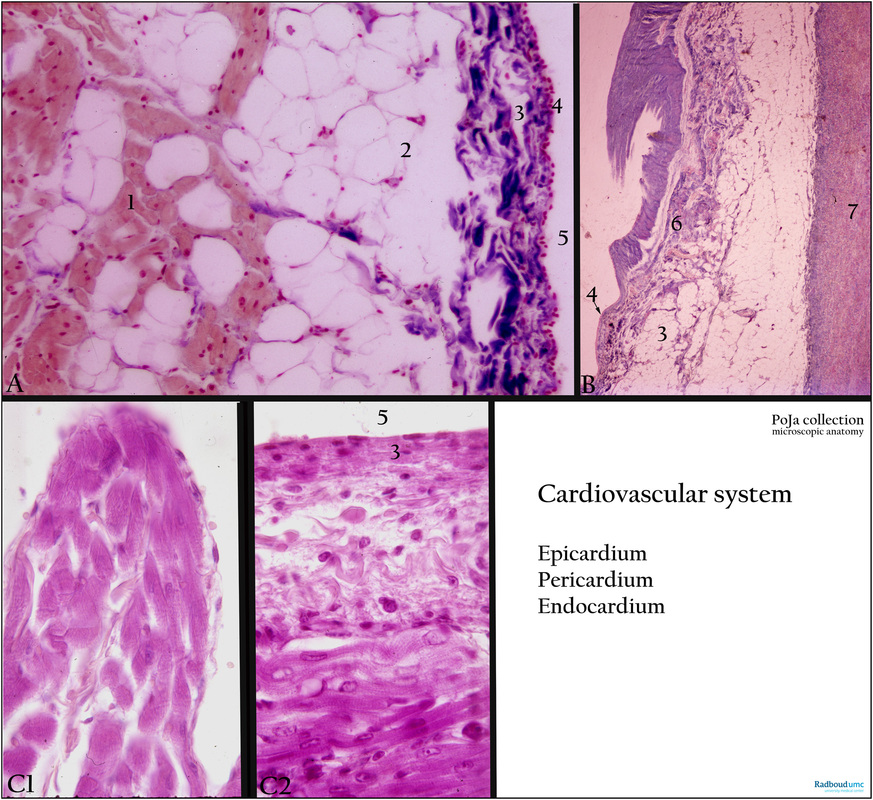 Title: Pericardium, epicardium and endocardium of the heart

Description:
(A): Heart, epicardium, atrium, Azan, human. The myocardium (1) is enclosed by a subepicardial layer of adipose tissue (2) and a layer of connective tissue (3) covered by a thin layer of mesothelium (4) facing the lumen (5) of the pericardium. The atrial epicardium is thicker than that of the ventricle.

(C1-2): Heart, endocardium, Azan, human. Heart is a hollow organ with a lumen lined by a single endothelial cell layer and some connective tissue the so-called endocardium (3). A network of branched  muscle cells in the connective tissue actively regulates the resistance due to diastolic processes. The endocardium is oxygen-supplied by the subendocardial capillaries, however in the left atrium/ventricle additional supply is provided by the oxygen-rich blood flow. In the areas of entrance and outflow of large blood vessels the endocardium is thick indicating that within the atria it is better developed than elsewhere. (C1) Thin endocardium (papillary muscle in ventricle); (C2) Thick endocardium (atrium). (5) Lumen of heart.