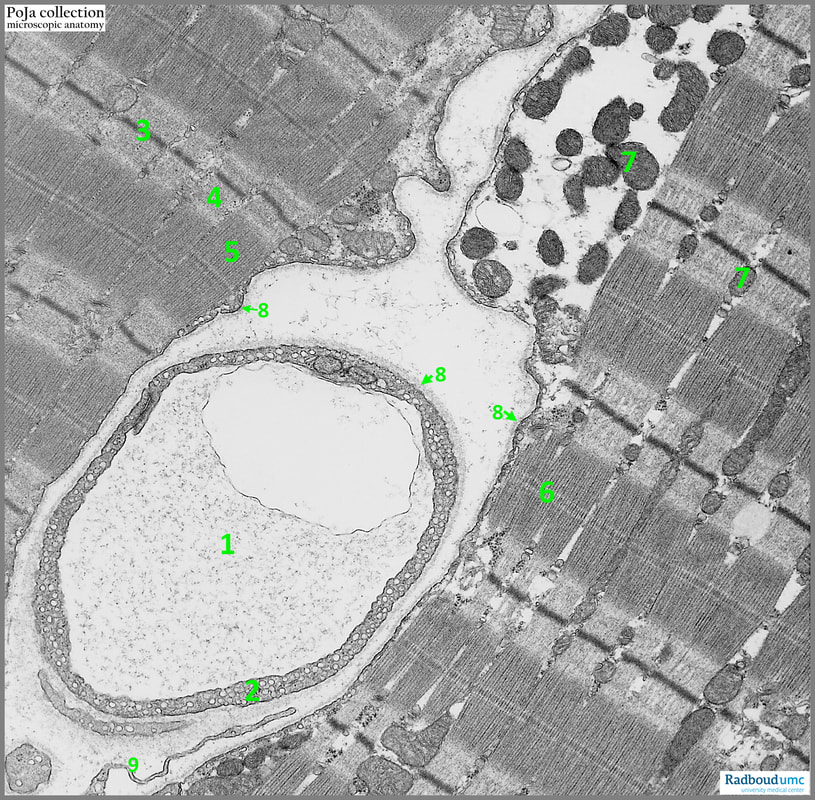 Title: Electron micrograph of a striated muscle with capillary (human)

Description:
(1): Capillary closely linked between two myofibres. (2): Endothelial cell cytoplasm in the capillary. (3) Z-line or Z-disc, a dense line. A sarcomere runs from Z-line to Z-line. (4): I-band (isotropic). (5): A-band (anisotropic). (6): The M-band is the thin dark line surrounded at both sites by narrow light zones together called the H-band.
Note that all sarcomeres are well aligned in register. (7): Mitochondria are found between the bundles of myofilaments as well at the periphery of a myofibre. Here some accumulation of mitochondria is present within an empty area normally stuffed with glycogen and ribosomes.  (8, Arrows): Basal lamina around the myofibres and capillary. (9): Thin long branch of macrophage.