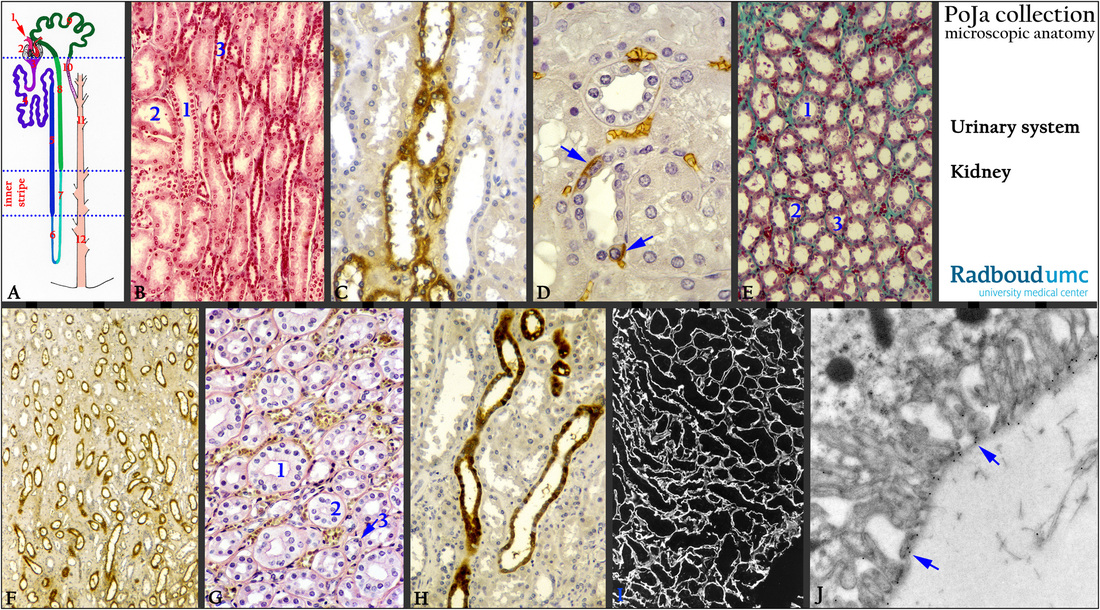 (C): Immunoperoxidase staining with DAB and antibodies against Tamm-Horsfall glycoprotein (THP) (uromodelin), human.
The THP is produced by the thick ascending limb (mTAL) of the loop of Henle. OMCD and PST are negative.

(D): Immunoperoxidase staining with DAB and antibodies against Band-3, (AE1) which is highly expressed in intercalated cells
of the convoluted distal tubules (DCT) at the basolateral site (arrows), human.
The red blood cells in the capillaries are also stained (hemoglobin and DAB).

(I): Immunofluorescence staining with antibodies against heparan sulfate (HSPG), black-white, human. Outer medulla with positive basement membranes and some connective tissue forming an intricate meshwork that fill up the medulla.