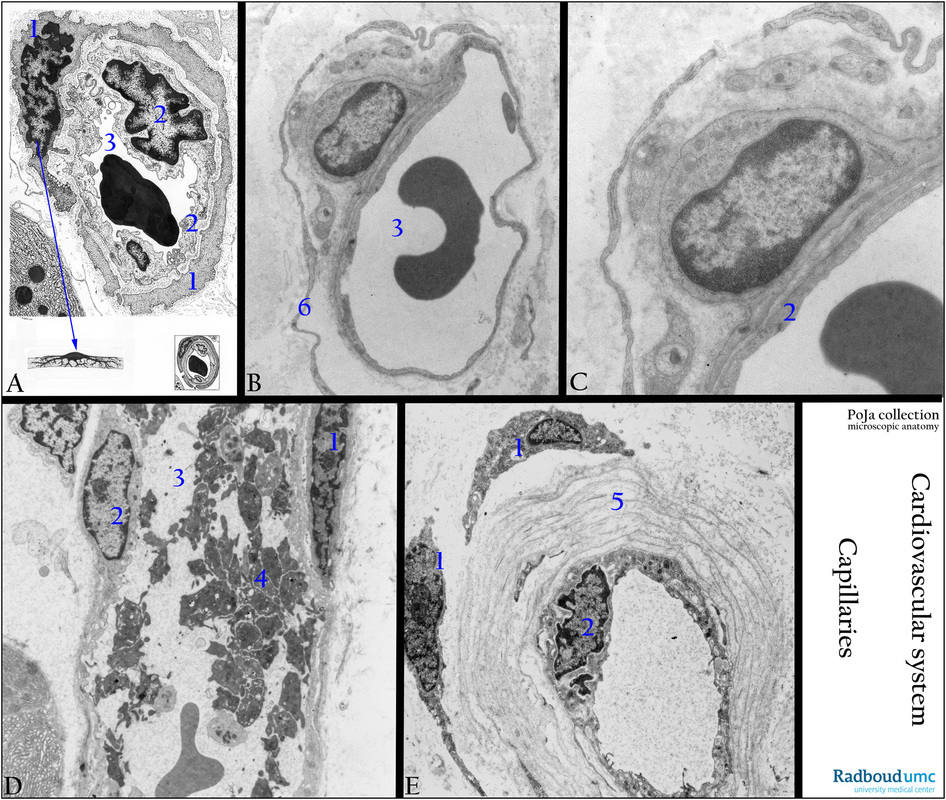 (B, C): Electron micrographs of capillaries from the region of the main bronchus (golden hamster) with similar structures. Note that there is a common basal lamina between the outer located pericyte [(1) in the scheme] and the endothelium (2). Long slender processes of a perivascular fibroblast (also called interstitial fibroblast) (6) and thin nerve fibres.

(D): The venous capillary in is filled with aggregates of platelets (4), which are closely adhered to the endothelial lining.  (electron micrograph, exocrine pancreas, dog). (2) Endothelial nucleus, (1) pericyte nucleus. Perivascular oedema is present outside the capillary.