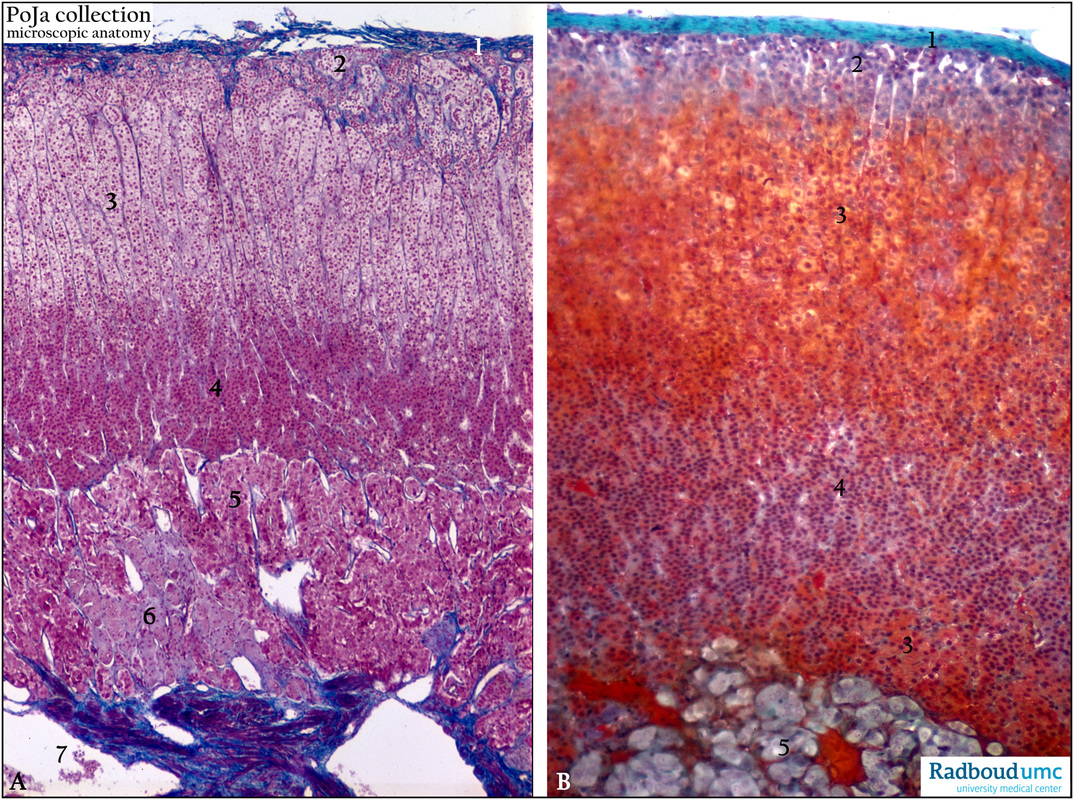 The medulla (5) contains many chromaffin cells arranged in cords around capillaries. Their membrane-bound secretory granules contain the catecholamine such as adrenalin and noradrenalin. In the medullary area numerous ganglion cells are present (6) that regulate the release of the adrenalin/noradrenalin.
(7) Medullar vein with well-developed smooth muscle bundles.