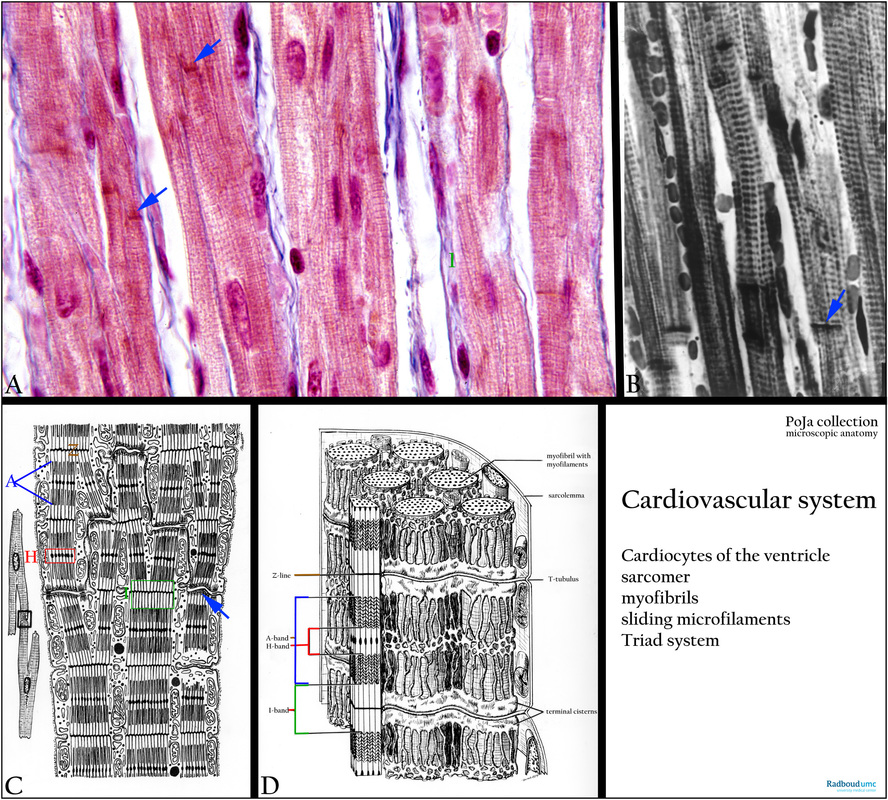 Description:
(A): Cardiocytes of ventricle, Azan, human. The anastomosing striated cells are cylindrical and up to 100 micrometers long with a diameter up to 1.5 micrometers , with a single centrally located nucleus. Distinct A-bands alternate with thin Z-lines. Intercalated discs (arrows) join individual cells. A thin endomysium surrounds each cell, it consists of an external lamina (= basal lamina) and a thin network of delicate collagenous fibers (1, green).

(C, D): Electron micrograph schemes of cardiocytes, showing the structural configuration of the myofibrils in the cardiocyte, i.e. the sarcomere with A-, I- and H- band and the Z-line. The blue arrow points to the intercalating discs as anchoring places between branching cardiocytes.