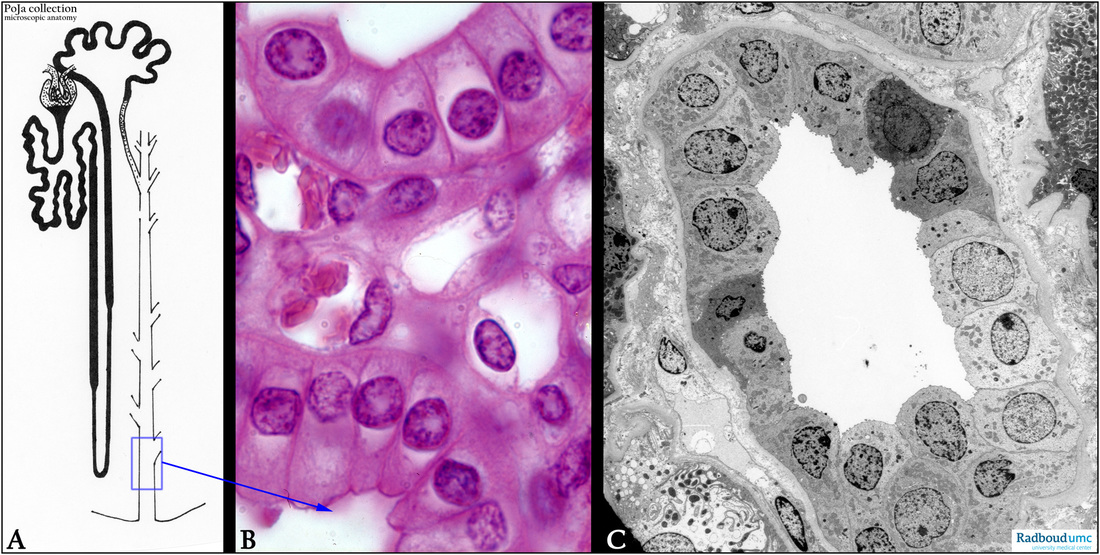 Description:
(A): Scheme nephron. The blue rectangle points to a papillary duct (the collecting duct segment, detailed in (B, C).

(C): Electron micrograph of an OMCD in the cortex. Note that the collecting duct comprises two types of cells, the clear cells (or principal cells) and the dark cells (or intercalated cells). The intercalated are richer in cytoplasmic organelles and possess numerous mitochondria and microvilli (in scanning electron microscopy shown as microridges).