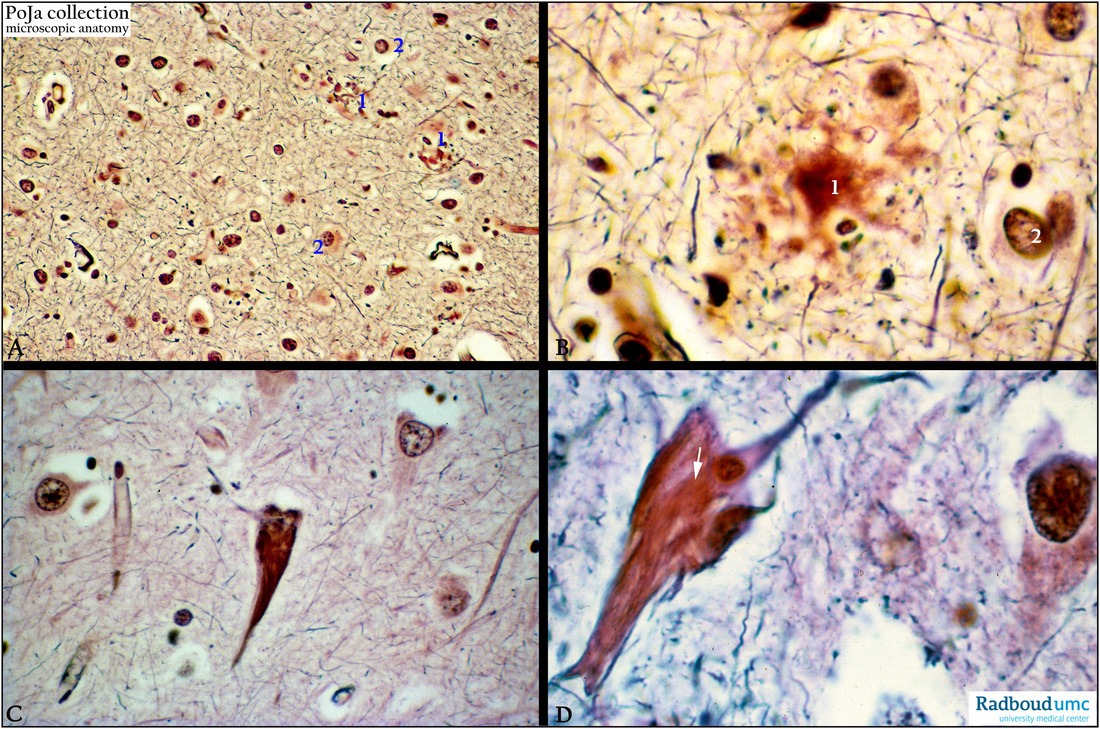 Description:
​(A-D): Bodian (silver) stain, human. (A, B) Alzheimer plaques (senile plaques) present as neuritic plaque formation with
a rim of tortuous dystrophic neurites surrounding an amyloid core (A1, B1). Reactive astrocytes (A2, B2) and microglia
may appear at the periphery of these plaques. An amyloid precursor protein APP results in fibrillar aggregates of beta-amyloid that is toxic to neurons.  Plaques that have the amyloid proteins but lack the neuritic processes are known as diffuse plaques.

Background: Additionally to beta-amyloid and tau-proteins a pathological role for a third protein was described in
the Alzheimer’s disease process. The protein TDP-43 correlated with cognitive impairment during life as well as in hippocampal and cortical atrophy. It seems that TDP-43 amplifies memory loss and hippocampal atrophy in Alzheimer’s disease.