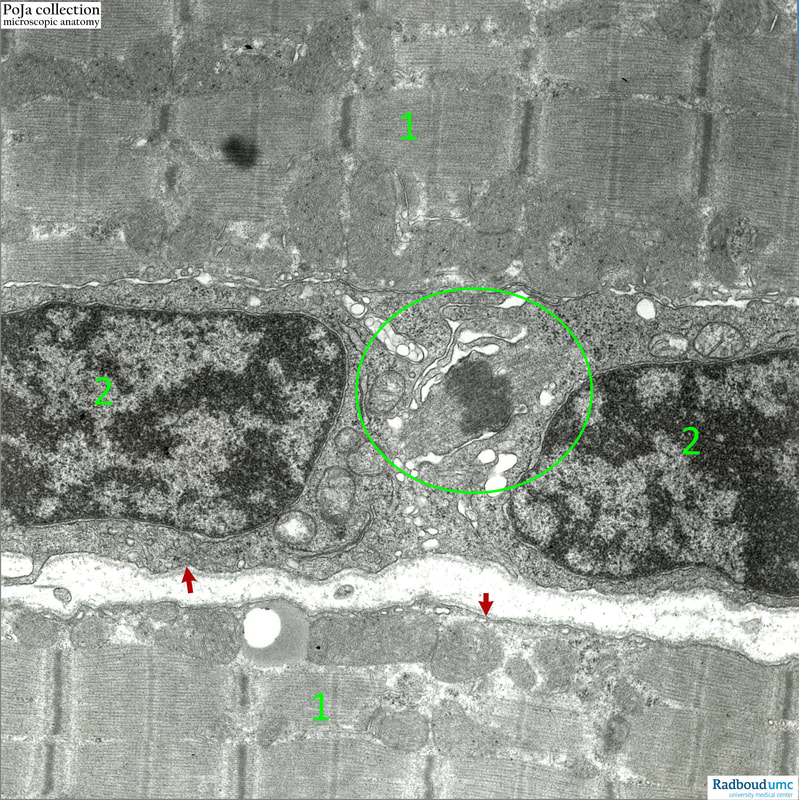 Description:
(1) Sarcomere structure of the striated muscle fibres with A- and I-bands and Z-lines.  Daughter satellite cells (2) showing the midbody (oval circle) in the late telophase. The midbody (or intermediate body) with densely packed microtubules is clearly visible. (Red arrows) point to the basal lamina of the myofibres. Note close contact between the two new satellite cells and the myofibre.

Background:
When satellite cells are activated, they become myogenic precursors of muscle cells. They co-express Pax7 with Myo-D (a key transcription factor for myogenic differentiation) and become myoblasts. As long as the external basal lamina is intact the myoblast fuse within this basal lamina to form myotubes which then mature into a new myofibre. However, if the basal lamina is disrupted fibroblasts will repair the damaged site resulting in the formation of scar tissue.