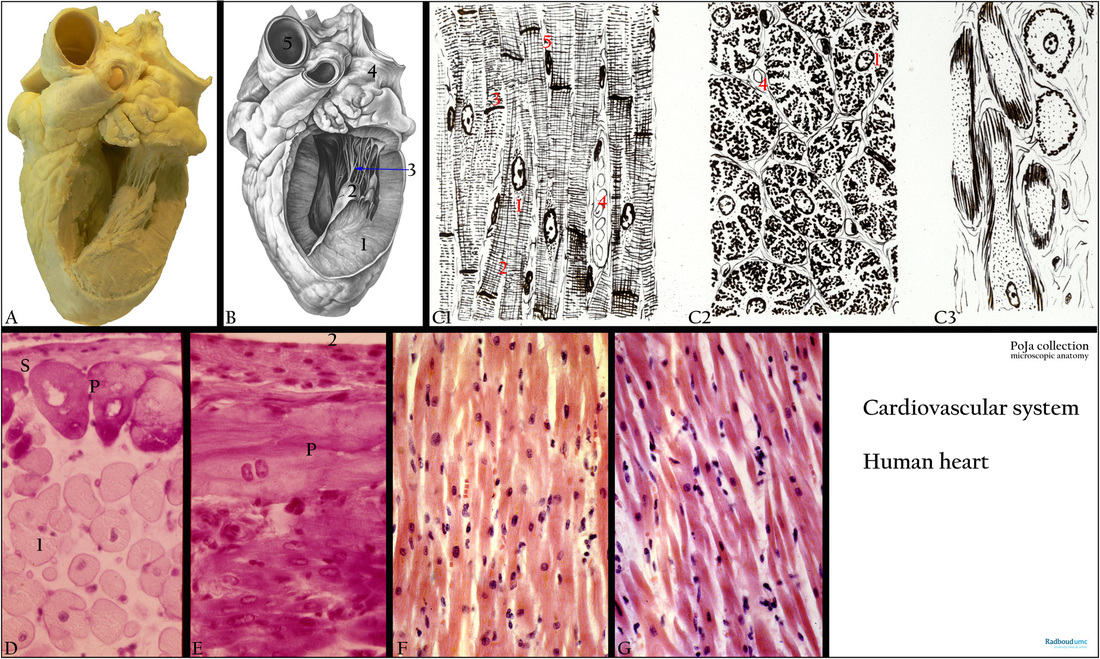 Title:  Macroscopy, microscopy and scheme of the heart

(C1-3): Scheme cardiocytes, longitudinally (C1) and cross-sectioned (C2). Modified cardiocytes of the conducting system (C3, Purkinje fibres). Perinuclear space (1). There are no fibrils in the perinuclear space. Branching of a cardiomyocyte (2). Intercalated disc (3). Venule or capillary with erythrocytes (4). Nucleus of fibroblast (5).  In contrast to skeletal muscles, the cardiac muscle fibres are branched and anastomose with each other, thus creating a network. The Purkinje fibres (C3) are modified muscle fibres serving for excitation and conduction.

(G): Cardiac cells (cardiocytes) of atrium, Haematoxylin-eosin, autopsy human. The atrial cells are smaller than the ventricular cells. There is distension between the cells due to fluid accumulation (autopsy preparation).