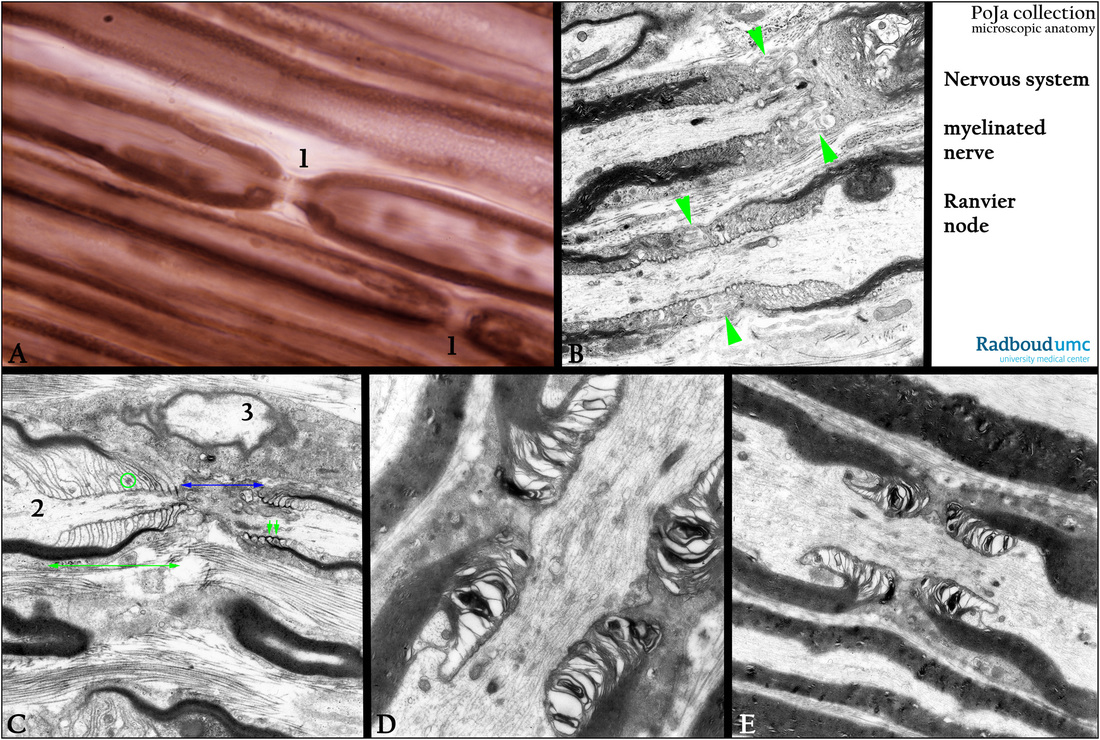 Description:
(A): Osmium impregnation, human. (1) Nodes of Ranvier, being the place where the myelin sheath is interrupted,
and thus facilitates the saltatory conduction.

(B, C): Electron micrographs, mouse. Showing Schmidt-Lanterman incisures and the structure of Ranvier node.
The myelinated nerve fiber is enclosed by a continuous basal lamina (or external lamina). The fiber is subdivided in internodi which are linked together and each internodus is governed by one Schwann cell.
​
Two adjacent segments of myelin of one axon are separated by a bare gap, the node of Ranvier. Between the two segments neighbouring processes of Schwann cells interdigitate (B, arrowheads). This region is called the node of Ranvier and flanked at both sides directly by the paranodal zones (paranode) (C, long green arrow). The blue double arrow indicates the Ranvier node, a zone devoid of myelinated membrane lamellae. The green double arrow indicates the paranodal zone, where much more cytoplasm of the Schwann cell is
squeezed in between the myelinated membrane lamellae. They end on the axon membrane as transverse bands (short green arrows) involved in adhering to the axon membrane.